I came home from work one night last week and hadn’t even thought about dinner. My mind was too fixated on the fact that I had three days until term break.

Accidents happen. Most of the time accidents are an unwelcome part of our lives; making a bad day worse or a great day unbearable. Accidents in the kitchen could mean smashing a glass lasagne tray brimming with creamy, cheesy lasagne, against the kitchen bench as you are about the serve your dinner guests and then having to get take away or it could mean almost losing your fingers while trying to chop onions like Jamie Oliver when clearly you are not Jamie Oliver but just a plain ol girl who has almost lost her fingers!

The kind of accidents in the kitchen I like best are when I set out to make something and accidentally add the wrong ingredient and it turns out so good that I have to write it down lest I forget what I did.

Such was the case when I made this soup. Chicken noodle soup was what I set out to make but accidentally added rice instead of noodles (an easy mistake I’m sure you’d agree as they look sooooo similar!). Of course this changed the whole game plan so chorizo and carrot were added to compliment the rest of the ingredients – and it worked – and it was so good I’m making it again next week.

Chorizo, cut on the diagonal

2 carrots, cut on the diagonal

parsley, chopped for garnish (or coriander)

Increase heat and bring stock to the boil again. Add rice, chorizo and vegetables. Simmer until all ingredients are cooked (10 – 15 mins).

Slice chicken so you have nice roundish discs (not strips or chunks). Place sliced chicken at the bottom of your soup bowl and splash a little more sesame oil over the chicken.

Ladle soup over the chicken and top with sliced spring onions and chopped parsley or coriander. I used parsley because I didn’t have any coriander left.

My daughter loves chicken and sweet corn soup. However, where she got the idea that supermarket country something or other was real soup I have no idea! It certainly did not come from me! Anyway she buys it all the time and stinks out the whole house with this vomitous stuff.

Finally I had enough and banned it from the house. That didn’t work! She sneaks it in and makes it when I’m not home but as the smell of that stuff lingers (I can smell it when I pull up in my drive way) I know that it’s here.

So, there’s a lovely lady at work who made a pot of her home made chicken and sweet corn soup for one of our morning teas at work about a month ago. It was a cold day and the group making morning tea for the staff decided we should have different pots of soup and bread rolls. Awesome idea (although people who have worked there for years will remember that it was my group who came up with the idea of pots of soup and crusty bread rolls…anyhow we shall let that one pass even though THAT was the BEST morning tea ever and raised the bar for the following groups!)

Yesterday this lovely lady brought in some of her wonderful soup for me to take home and show my daughter what it’s all about.

Yep, that worked, she loved it! This, however has created another problem and one that I cannot believe I failed to anticipate. I’m usually a lot quicker with these things. She now wants home made chicken and corn soup, exactly like this, from now on! As I didn’t make this and in fact have never made this, I’m going to have to have a few goes until I get the egg bit right.

Happy that I won’t be smelling that horrible bought stuff anymore but have been faced with that ‘careful what you wish for’ thingy!

Place the consomme and chicken in a large saucepan and bring to the boil over high heat. Reduce heat to low and simmer for 5 minutes or until chicken is cooked through. Transfer chicken to a heatproof bowl. Set aside for 5 minutes to cool slightly. Finely shred.

Cook for 2 minutes or until white ribbons swirl though the soup. Remove from heat.

Add the sesame oil and half the spring onions and stir to combine. Taste and season with salt and pepper. Ladle the soup among serving bowls and sprinkle with the remaining spring onions and coriander. Serve immediately. 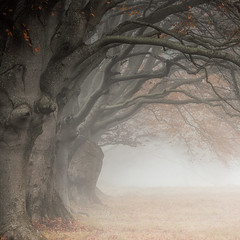 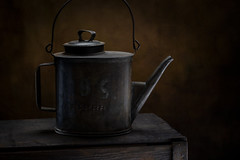 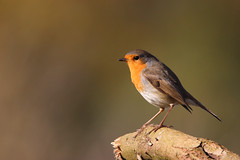